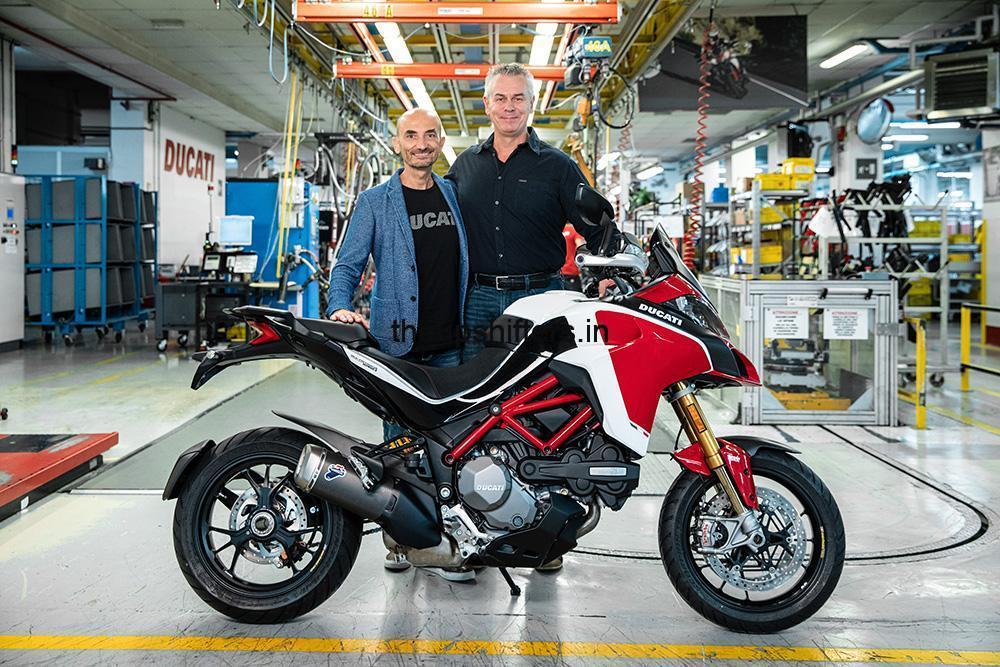 Sixteen years after the first Multistrada rolled off the assembly line, the family has now reached the 100,000-bike milestone. Multistrada number 100,000, a Pikes Peak version of the 1260 with a customised laser marking on the top yoke, was handed over to Dave Hayward – a German Ducatista who had ordered his Multistrada from the Düsseldorf dealership – by none other than Ducati CEO Claudio Domenicali in person.