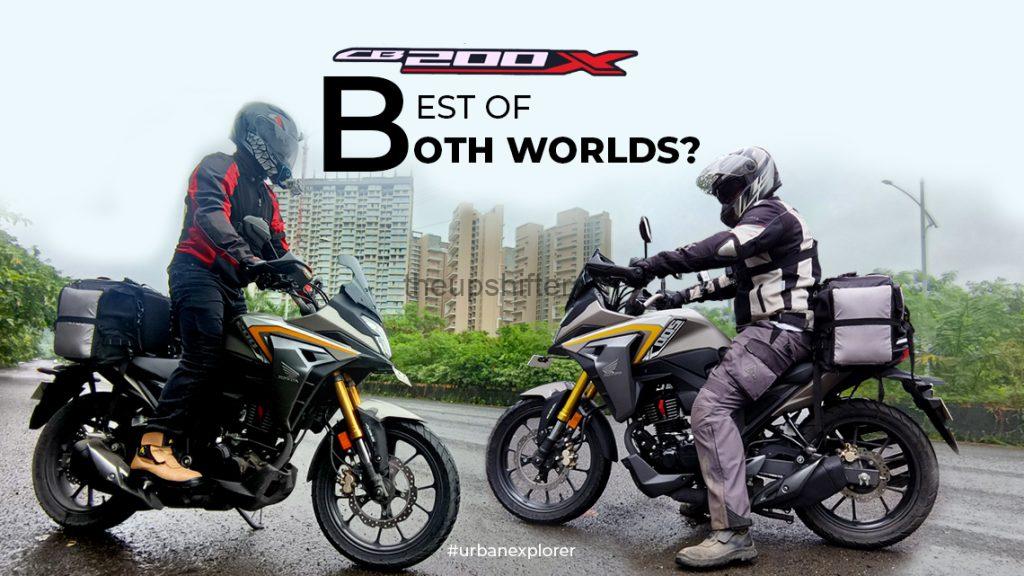 channel. Even follow his journey and connect with him. Lets get to know the other two.

One, a Honda Purist, already owns two of Honda’s finest –  Sport segment motorcycles. Cumulatively, almost a decade & a good amount of kilometers included he has his share of tours with his riding group. Indeed he knows the “wings” better. Also, its not just about riding. Being the pack leader, while his machine ranks second in taking whatever is thrown he is the first to take corrective action for the safety of the crew. Personally, he enjoys the open straights and relishes the curves with as much an appetite.

The other pilot, unlike our purist enjoys going the distance and looks forward to exploring trails. He owns “Non-stop” and two touring motorcycles. Quick reflexes and managing, not just tailing or leading the pack his rides take the most of the Feedback. On the personal front, long tours with short luggage is favorite mix of a ride for him.

Thus, we have a quick shifter and a long hauler going throttle to wrist with the Honda CB200X

The festival long of weekends beckons and thus we are posting this review a good 20 days late! The motorcycle is just not meant for the ones starting up. It can be used by every motorcyclist, from novice to expert. So, let’s start this from the beginning…

In the beginning – A time I wished the Honda CB200X existed

While being the youngest of the kids in the family, I was the most pampered and the most protected one. I was given a 150cc “1st generation muscular” motorcycle the moment I reached the age. However, it came with the clause of sticking within the City Limits. I have to confess that I did go, rogue, a few times. Once I headed to the furthest manageable distance – Pune to Panchgani. Guilty as charged, I would go on to repeat this because these secret trips taught me the basics of touring. The only factor I would change here, is a slightly better Machine to learn my basics on in the form of CB200X. Here is exactly why..

The Honda CB200X is a new Honda for the Indian Market. But, is it another Spiced-Up Version of the current platform bike? This time, it is the masala Version of the Hornet 2.0, they call this the Honda CB200X. Although, it may give you the impression of an Adventure Bike. However, Honda pitches this as the very first in the segment “Urban Explorer”.

When I saw a few leaked photos of this bike earlier I was excited. Thinking, that Honda is finally bringing an entry-level Adventure bike to compete in this segment. But when I saw the bike with the CB abbreviation, I realized that it is more road biased. Therefore more like a soft-roader than a proper off-roader machine.

Nonetheless, let’s hop on to this machine & get to know this Urban Explorer

To begin with, the colors –

I would call the Honda CB200X the scaled-down version of the CB500X. Its design is inspired with cues from the NC750 and Africa Twin.

The Semi Fairing with the Knuckle Guards along with the Windscreen and a beaky nose from the side gives this bike a tall stance. Without a doubt one can mistake CB200X for a bigger CC bike. The indicators integrated into the Knuckle Guard are a nice touch. Thus, giving this bike a clean flowing design with nothing protruding out. The all-LED headlamp is mounted cleanly on the fairing hinting at a light and a nimble steering.

At the bottom, there is a plastic Belly Pan although a metallic one would have been better. From the rear, it exactly looks like the Hornet 2.0 with a slightly redesigned grab rail.

All these plastics have added an additional 5KG to the bike.

Let’s see further how all of this translates on the road.

Overall, the bike feels light on its feet with a relaxed riding position without feeling too big or clumsy to maneuver.

The features, if I would like to sum up, are nothing ground-breaking to write about, but the lack of it is definitely felt:

The Engine is a 5-speed with a superlight clutch and a slick-shifting gearbox keeping up with the trademark Honda standards. A 6th Gear would have been good as an overdrive gear for relaxed highway cruising.

The Engine is reasonably torquey and it pulls at the Bottom and Mid-range quite well. I could be lazy on the gear shifts and the bike will pull without much of a complaint. Since the bike will be spending most of the time in the city and the urban environment, the power is spread across well for that purpose. It could take some mild off-roading, but tarmac is the CB200X’s forte.

Although it took some time to reach there the engine just felt slightly stressed.

Probably a slight vibration was felt, nothing too bothersome to be honest.

The bike can easily cruise at 100KMPH and the refined engine note is also a pleasure to listen to.

The engine delivers the power in a linear and predictable manner keeping up with its easy-going and relaxed nature.

It is a good looking and a comfortable commuter bike. The Honda CB200X can take some mild off-roading duties in its stride. But then again, how many of us will be taking their machines off roads frequently? At least I won’t. This is where the Urban Explorer name makes so much sense. The city roads are riddled with potholes, unmarked/oddly shaped speed breakers, and the occasional gravel situation.

The Honda CB200X will keep you comfortable in every situation. Although, personally I would have liked to see a better suspension tune. I can actually imagine myself exploring the city on this peppy and refined machine for hours at the end. That too, without getting tired and an occasional dash to the highway. This is a very interesting segment that Honda has tapped into. It would be interesting to see how other manufacturers can compete in this segment.

Soft roading: Not to judge a book by its cover, but the CB200X doesn’t like off-roads and it will transfer the bumps on to you conveying its dissatisfaction. Reasonably good Tarmac and Highway is where it shines.

Uth Quotient: It’s a very good looking Bike and it has a presence. The graphics are done up quite well without going over the top and can give the impression of riding a much bigger bike than it actually is. I would give it 8/10 just for the looks.

The CB200X with its light weight and the thoughtfully designed handle bar makes it a very flickable machine to filter within the City traffic.
• The tall gearing complemented by the feather light clutch and most of the power accessible at the bottom and mid-range makes some daring overtaking a breeze.
• The single channel ABS is there to save you from that sudden surprises the Urban Environment can throw at you.

Touring: Highway/ with luggage use: – The CB200X can take on the Highway reasonably well if the situation demand. Not a very powerful machine but a refined engine with a spacious and almost natural seating position works in its favor for that Highway Touring.

Some additional hook and mounting points would have been a welcome addition but we were able to mount the Invictus Ride Marshall Tail Bag very easily and I still had space to move around with the loaded bag on the pillion seat.

For details on the Specifications click on the link : https://www.honda2wheelersindia.com/CB200X 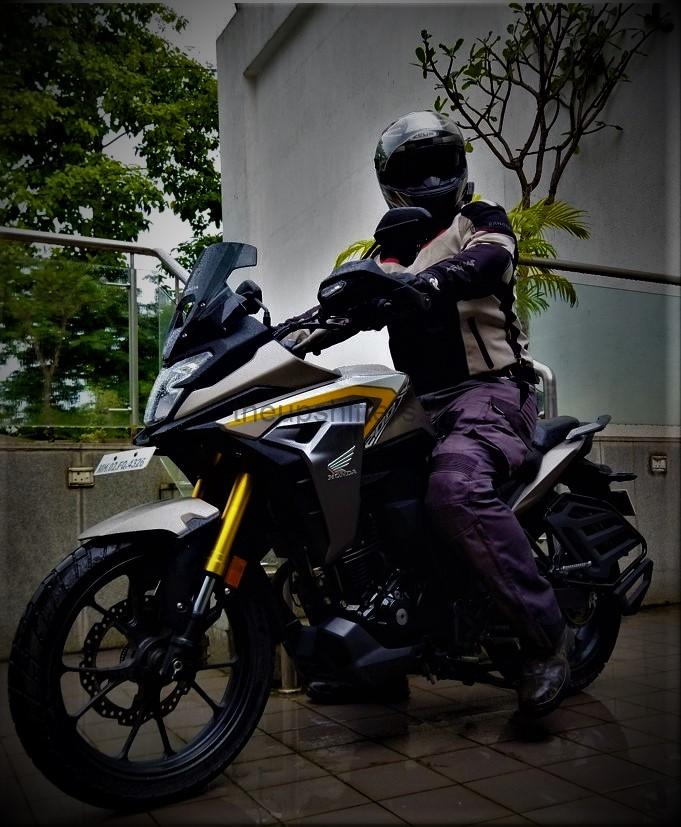 Honda CB200X First Ride Review coming up on The BikeMan