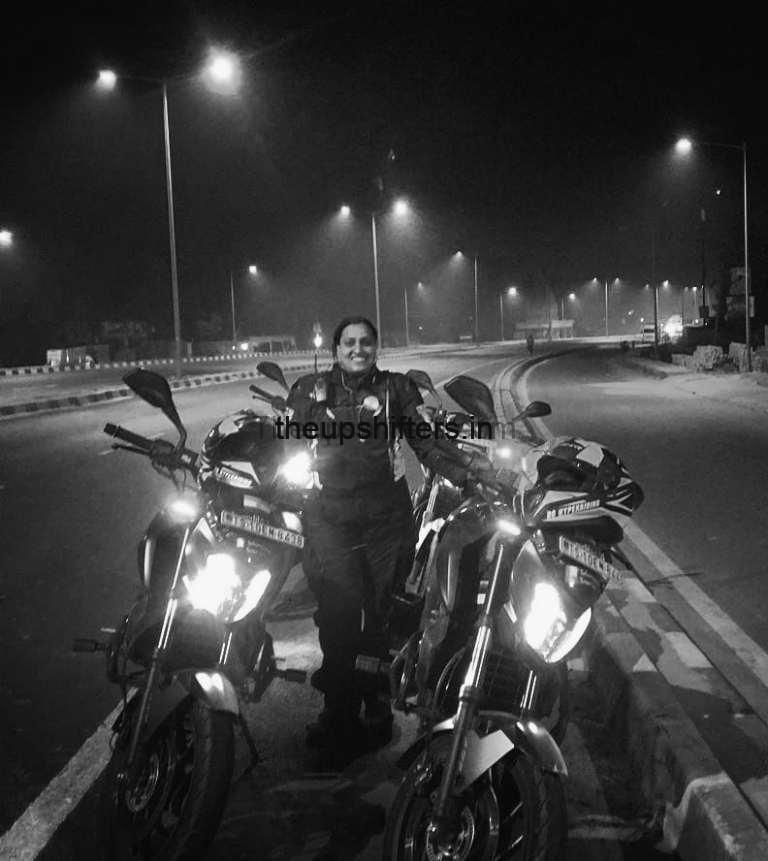 Shilpa Balakrishnan Vs Bajaj Dominar 400 – Shilpa Balakrishnan, a female motorcyclist from Mumbai has been riding two wheelers for over 14 years now. She has traveled all over India, her last solo expedition covered all 29 States and 5 Union Territories. On this journey she clocked about 27000 kms in 135 days. She then visited Bhutan and very recently went on a 6-nation ride covering India and five South East Asian countries – Myanmar, Thailand, Laos, Vietnam and Cambodia. She did this with three other women and covered 17000 kms in 56 days during the tour. Her love for travel and passion to ride motorcycles keeps her motivated and she wishes to ride many more miles all the way.

, astride which she completed the all India ride. Nor the expedition that led her and her team to Mekong. The Bajaj Dominar 400 ever since its launch has been going places. Be it on solo rides by the initial customers or the expeditions undertaken by the country’s ace motorcyclists this year, including Shilpa herself.

Bajaj Dominar 400 without any doubt is a motorcycle that is closer to the heart to its owners that the heartbeat itself. With over 17,000 kilometres clocked on the Bajaj Dominar 400, Shilpa and her team had reached the average age of most Bajaj Dominar 400 owners in terms of distance traveled. The time spent with a fine motorcycle such as this does tend to draw you to itself and leaves a lasting impression on your mind.

Shilpa Balakrishnan Vs Bajaj Dominar 400 – The stat of fifteen

And then this happened…

Congratulations Shilpa on your Bajaj Dominar 400!!