Pune’s leading motoring event company 8Moto India in association with Stuntech kicked off its sixth edition of the highly rigorous yet thrilling experience – The Pune Off-road Expedition 2019. Indeed creating much need bang to the extended holiday weekend. With the advent of the monsoons riders from across India the riding season begins. Thus, be it individuals, groups or companies everyone gears up for the adventure on their fossil fuel powered two- wheelers. This year however due to the long holiday most of the cities adventure junkies were out of town. Nevertheless, like last years’ edition, this year too saw enthusiasts from other locations as well join this event. 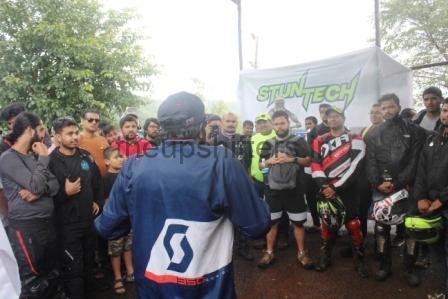 The Debutants at this event were:

The Pune Off-road Expedition 2019, led by one of Pune’s ace motorcyclist Varad More, this year’s event was witness to over 350+ motorcycle and scooter enthusiasts. There were over Sixty 4×4 vehicles the current generation SUV’s too. This year too, the Maruti Gypsy continuing to dominate the number of vehicles. Interestingly a pack of Hero Xpulse 200 broke ground here. For them it was like rolling in mud and having fun along with their predecessors the Hero Impulse 150! Not too far behind was a Kawasaki Versys 650 that joined in the fray along with the recenly launched Matte Yellow Aprilia Storm 125.  Also, this year saw Kayan Patel, son of noted motocross athlete Zubin K Patel make his debut run. 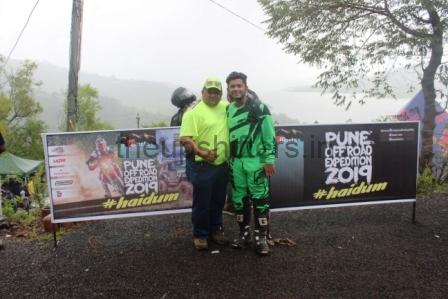 Witness to The Pune Off-road Expedition 2019 was over 300 visitors who not just friends and family. But visitors to the premises who took time of their scheduled holiday time to admire and cheer these adventure junkies. Dishing out the delicacies was business as usual for the catering department who had an intake of over 600 people. This included the participants, crew and the sponsors of the event. While LIQUI MOLY INDIA saw yet another outing the event saw also saw 100KMPH and Team Driven‘s presence at the event. At this event Lazer Helmets India made its debut in Pune. To add that extra punch Redbull India had a counter too.

They did so dodging the punishing terrain, obstacles, never ending puddles of slush and slippery inclines. Adding to the fervor the 4X4 took turn to carve donuts much to the cheering of the crowd. As a rare coincidence some of them were actually pulling off synchronous drifts as smooth as the violins in an orchestra.  The festivities concluded with an evening lunch on the Adventure Maval premises overlooking the backwaters on a cloud bestowed Sunday. Like earlier editions, this year’s edition too lived up to its theme #haidum.  POE 2019 gave everyone a Sunday like no other in the presence of some exciting motorcycles, scooterettes and 4X4 vehicles.