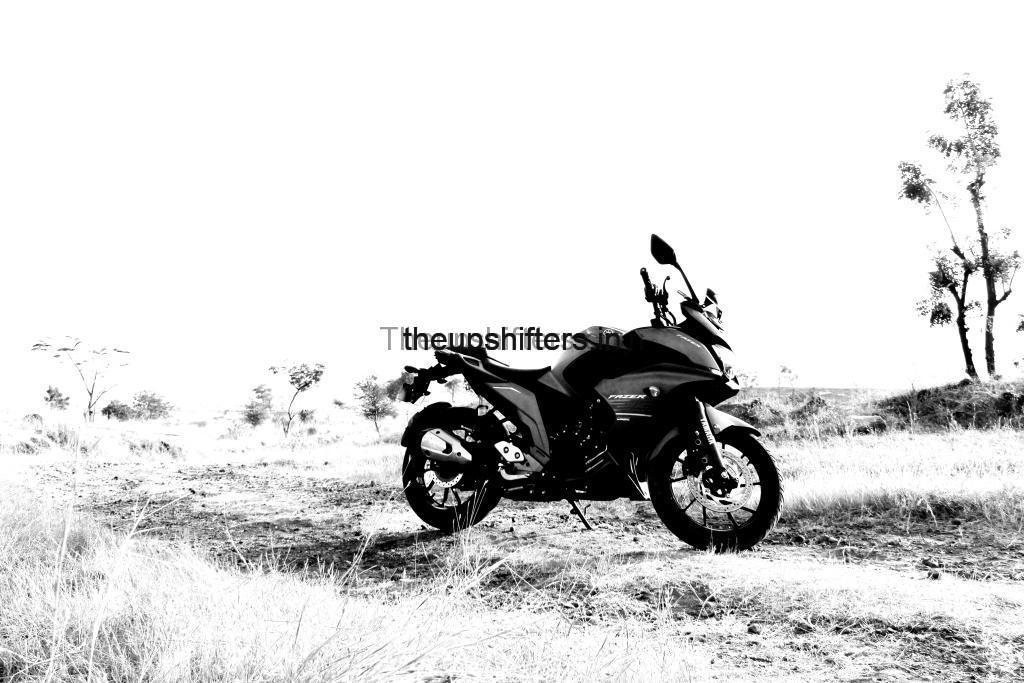 There are 52 Weekends in a year and thanks to Republic day, this weekend got to be a bit longer. While about the Fazer 25 the tales have been told may not be as many this one is not jst short but a little different. Taking up the challenge to conquer the terrain can explore them all in small bits (good things do come in small packages, don’t they?) Given the inherent touring spirit we decided to take the heightened aggression off the road…

It is a few minutes past six in the morning, whether it was automatic or mechanical, I cannot seem to figure what got me up so early. Well today was going to be “Ride Sunday”. Unlike most other rides I wanted live a lifetime in a moment, convert that into motorcycling jargon and it pretty much makes a fairy tale come to life. Being bestowed by interstate highways, Pune has its fair share of thoroughfares..

Waking up without an alarm going off or a wake up call, meant either it was a bad dream or that I had an important task to complete – Try out the Fazer on testing grounds it may not have tasted before. After swirling through the streets of Pune last evening it was decided to venture as far as possible into the land of “No Roads and All Roads” and see how an off-roading enthusiast did on a street motorcycle that was in bone stock.

Most motorcyclists are known to go through a tank full of gas – “All for nothing” according to the commoners. They are bereft of the emotion that says “The sunshine on my back and the city below me”. Drowned in the rapture of last night some wouldn’t wake up past noon. But as the saying goes being Picasso isn’t easy and isn’t impossible either. All I wanted was to be here!

After jostling through the 21st century rural landscape and a devout crowd I made my way up to this hillock which I accidentally discovered almost 25 months back. While I was fully aware that literally nothing would have changed the landscape I knew where I was headed and only had to figure out where to stop. For all I wanted was a place to park the Yamaha Fazer 25 and take some “good pictures”.And what could be better than a place where you get to park your bike in the middle of the road and take pictures at your leisure without any distraction or objection!

HARSH LIGHT!! A term I’ve heard most photographers use while raking in the the megabytes. While some may choose a softer “palette” others photoshop the sun away and end up with a photo that looks like a kid re-hydrated after a cool Vitamin-D energiser. Are these photographers magicians or what??

Finally it was done, I took a short ride, got a few good clicks, reach the highest point I could take motorcycle to without reaching a point of no return. A point where practically was waiting to be devoured by a hungry wolf called insanity.

Now that we are done with our ride, lets take ourselves our favorite beverage and start the review

The Ignition key console – While it may feel pretty empty down there in the abyss, this gap give the Fazer 25 an awesome turning radius. It turns pretty much like a commuter which is a boon when your travels take your through tight corners of the rural landscape. This also is helpful when you need to take an “Emergency U-turn” or when exiting a tight parking spot.

Heads Up Display – The F screen

Heads Up Display – The Trip 1 screen, Distance travelled after fuelling up.

Heads Up Display – The Clock

Heads Up Display – The KM/L screen

Heads Up Display – The AVERAGE screen

Heads Up Display – While browsing through the display can be complicated and over informative, you are glad you have it when you need it. However the display could have been bigger. Fuel gauge – Digital Clock – Digital Speedometer – Digital Fuel consumption indicator – Equipped

The aerodynamically shaped visor takes away much of the windblast while also adding to the style factor of the Fazer 25. The visor has been one of the hot favorites of the touring community who own 200-400cc motorcycles primarily due to its cost vs utility and design factors.

THE OTHER VIEW – On the other side of the cockpit lies a short fairing flanked by folding rear view mirrors perched on top of the LED headlight and auxiliary DRLs.

In comparison to its sibling, the FZ 25, The Fazers head lights seem to have a better throw and the need to use the high beam was bereft and thus laid to rest the anxiety that came with riding in the dark.

The visor looks edgier yet well finished allowing it to blend in with its neighbours on the motorcycles front end.

With a Fuel Tank Capacity of 14 Litres and an average of 27 km/l at its worst it will take you about 378 kilometres from where you are at while you reading this piece of information.

The MRF REVZ tyres installed are indeed are a personal favorite (since we have tested them for over 20,000 kilometres cover over a year on the Bajaj Pulsar 200 NS ) and are confident of its capabilities irrespective of terrain or weather conditions.

The MRF REVZ tyres installed are indeed are a personal favorite (since we have tested them for over 20,000 kilometres cover over a year on the Bajaj Pulsar 200 NS ) and are confident of its capabilities irrespective of terrain or weather conditions.

The 282mm Hydraulic single disc brake by bybre provides ample bite when it comes to stopping power adding to the agility quotient of the motorcycle.

The horns are just right for city and highway use and makes for an apt voice for the beast.

Unlike most motorcycles in its class, the Yamaha FAzer 25 sports an oil coolant and the fact that this churns out about 21 bhp it seems like it is taking the fight to the FASTEST INDIAN.

A crisp exhaust note without sounding like any other automobile than itself is what this muffler has on offer.